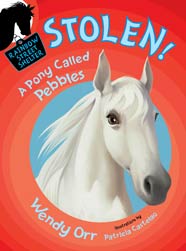 STOLEN! A Pony Called Pebbles, the 5th in the Rainbow Street Shelter series, was released in the USA and Canada today, but I've been puzzling over the core of the story since 1967. (Maybe one of the reasons for writing is to create your own solutions for life mysteries that have no ending. Or maybe people who keep on puzzling over these stories just naturally end up as writers?) 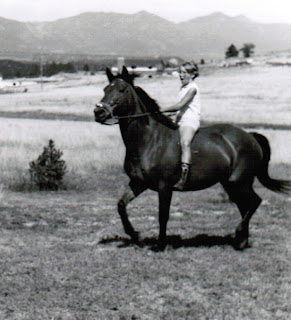 We lived in Colorado then, and most days after school my horse and I used to head off across the gently rolling hills in search of adventure. (Actually Biddy was my mother's horse, but that's the other thing writers do with stories: we tidy it up. It just doesn't sound the same to say that my mother's horse and I headed off in search of adventure.) 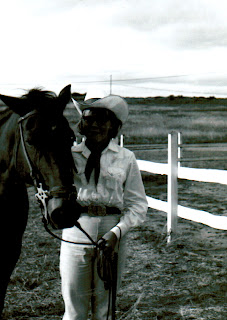 One day, near a ravine in the middle of nowhere, a makeshift corral appeared, with a horse and a Shetland pony inside it.  I went back every day for a week to pick grass for them; there was never a sign of anyone being there, and the corral was picked clean by the first day.

The pony soon learned to crawl under the fence to graze outside, and one day followed us home. (There may have been some coaxing involved, but not much  - honest!) My mother was horrified  and made me take it back. 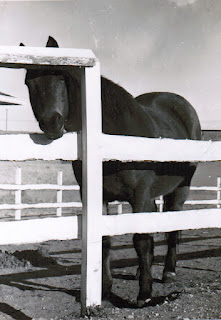 The next day the horses, and the corral, had disappeared.

So, after all these years of puzzling, I've written the story of what might have happened. Different characters, different setting, different ending - but that's how fiction grows from its seed of truth.