For the last three years, on either side of working on Raven's Mountain, I've been working on a series for Henry Holt: The Rainbow Street Animal Shelter. Each book is just under 10,000 words long, following a different animal and child on their intersecting trajectories.  You might guess that at some point they end up in an animal shelter, and over the six books we get to know the people who run it and the parrot, dog and cat who accompany them. 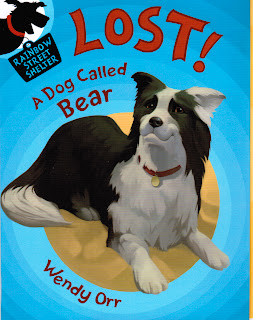 The first, LOST: A Dog Called Bear, was released in the US and Canada in August, and MISSING: A Cat Called Buster, also illustrated by Susan Boase, will follow in November.

As an animal lover, they've been a joy to write, but the work has been hotting up lately. I returned from holidays to deadlines for copyedits of Book 3, final edits of Book 4, and maybe-final edits of Book 5. At the same time, my Australian editor, Allen & Unwin, has decided to publish them all in one book, without illustrations, so I turned straight to that from all the US ones.

You really forget how many differences in nuance there are – as well as spelling, animals, and Christmas holidays – until you transpose your own manuscript from one country to another. Being originally Canadian, but having lived in Australia my whole adult life (after some schooling in the US and college in the UK) has made the whole process even more confusing. I can usually sort it out as I read aloud, but not always:

"We say kibble, not dry dog food, in the US," my Henry Holt editor corrected gently.
"We say dog food, not kibble," my Allen & Unwin editor reminded me.

And I do know that... it's just that they both sound familiar, and I'd reversed which country they were familiar to.

After all,  I don't really talk about dog food a whole lot except with my dog, and because I've always called it kibble, he's quite happy to understand that!

For a chance to win a signed copy of LOST: A Dog Called Bear,