What kinds of fiction did you read as a child, and did you have some favourites? 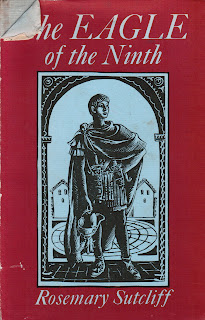 I read widely; for birthdays and Christmas I was usually given classical British and Canadian children’s fiction or the US Newbery Award winners, but I read popular children’s fiction as well as adult historical biographies, poetry...I think I was quite omnivorous. (I remember reading and loving Four Years an Empress, the story of Napoleon’s second wife, when I was about nine. I’m not sure why this appealed so strongly.) Early favourites were Winnie the Pooh, then Swallows and Amazons, Anne of Green Gables, Little Women, My Son in Law the Hippopotamus, The Queen’s Music, Coral Island, The Yearling, Two Little Savages… followed by everything of Rosemary Sutcliff and Mary Renault.
Would you say your childhood reading has had a distinct influence on how you write fiction now, and why?
I think it’s more of a feeling for story, and for rhythm and words, than a direct influence in terms of style. (Although at thirteen I invested a huge amount of energy researching and writing a sequel to Eagle of the Ninth, and that must all have been part of my apprenticeship. And occasionally I catch myself using a rhythm borrowed from Rumer Godden, whom I forgot to mention above.)  I think all influences are pervasive; the stronger they are the less we may be aware of them.
What did you do before you became a published children's author, and how did you come to write your first children's book and get it published?
I was an occupational therapist specialising in paediatrics. Late in 1985, as we crossed the road to go out to lunch, another OT told me she’d written a book. I presumed it would be some weighty tome on hand function, though in fact it was a Mills & Boon, and sadly, although she was asked to submit her complete manuscript, in the end it was never published. However, I thought, ‘So when am I going to do that? I’ve always said I was going to write!’ I mailed the last assignment of a post graduate course that Christmas Eve, and started writing on January 2nd, experimenting with all sorts of different genres. My friend and I shared a subscription to a now defunct writing magazine, which in November advertised an Ashton Scholastic competition for unpublished writers, for a picture book manuscript. My own children were tiny, so although I hadn’t attempted a picture book text before, I was immersed in the genre and loved it. The prize was publication, and my manuscript, Amanda’s Dinosaur, was one of the two winners. The book was published in 1988, with illustrations by Gillian Campbell.
How would you describe your style of children's fiction or your approach to writing children's fiction?
I’ve written across all ages, from picture book to YA, so the style varies, but what’s important to me is a core of truth in the characters and their reactions, no matter how unlikely the setting or the predicament they’re in. I don’t consciously set out to write something ‘empowering’, but I’ve realised that my own beliefs of resilience, hope and a sense of fun, seep into my books. I don’t see that as a problem: it’s much easier to make tragedy sound like good literature, but I believe it’s also possible to write well about joy.
Who is another author whose children's fiction you admire and why?
There are so many it’s hard to choose: but on the current Australian scene, I particularly admire Lian Tanner and Cassandra Golds, for highly original and beautifully written works.
How would you summarise one of your children's books in one paragraph.
Nim’s Island is the story of a girl who lives alone on an island with her scientist father Jack, a sea lion called Selkie, a marine iguana called Fred, a sea turtle called Chica, and a satellite dish for her email. Jack heads off to sea for three days, and Nim answers an email from Alex Rover, a famous novelist asking for research help. But when Jack is lost in a storm, Nim injures herself investigating the volcano, and the evil Troppo Tourists are coming, she has to ask Alex Rover for help. Unfortunately Alex Rover is not the great adventure hero Nim believes, but a timid, rather inept woman who never leaves her apartment.
How would you describe the appeal of this book to readers? People seem to love Nim’s courage, resourcefulness and relationship with animals. I often receive letters from children of both sexes saying either ‘I wish I was Nim’, or ‘I’m just like Nim!’ with a wide variety of reasons, such as living on an isolated farm, as well as the more obvious ones of loving the beach, swimming or animals.
How would you summarise a chapter or section from this book in one paragraph?
A tropical storm hits as Alex Rover attempts to sail to Nim’s island on a tiny sailboat. When Nim, sheltering in the Storm Cave, sees the boat heading for the rocks below her, she knows that Alex will drown without help. Riding her sea lion Selkie, with Fred riding Chica beside her, Nim heads out through the monstrous waves to save her. 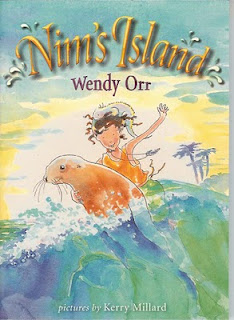 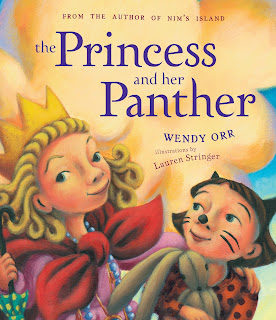 In the picture book The Princess and her Panther, I originally described a little girl camping in the back yard with her cat, and told both the imaginary and the ‘real’ story in the text. The editor suggested that I choose one strand and let the illustrator show the other; I chose the fantasy, but Lauren Stringer’s art subtly and beautifully depicts both the reality of a homemade tent in the backyard, and the rich fantasy life of the girls inside it. It became two girls, because after spending a year trying to paint the story with a girl and a cat and feeling dissatisfied with her results, Lauren remembered her own childhood: she always played at being a cat, with a rope tied around her waist – and her sister was always a princess. The change brings much greater depth to the story.
To what extent would you say fiction written primarily for child readers is different from fiction written primarily for teen readers?
I think it’s primarily in the sense of fun, fantasy and adventure – but there are many exceptions to all those.